Some of the perks of living in Florida are the tropical climate, ocean breezes in the evening, beautiful sunsets, and the magnificent beaches all around us. The ocean is one of the things we cherish the most, and protecting it should be something we all do. It’s our responsibility to think about it’s longevity, so the generations after us can enjoy it as well. One big aspect of preserving the ocean and it’s beaches, is caring for the marine life that is a part of its ecosystem. One beloved marine animal that is in danger is the sea turtle.

What Do You Know About Turtles?

For centuries turtles have roamed the ocean. Although now an endangered species, these majestic looking and gentle creatures are responsible for keeping the ocean healthy.  Turtles play an important part of ocean preservation by grazing on seagrass, controlling sponge distribution, feasting on jellyfishes, transporting nutrients, and supporting other marine life. During the summer months turtles come to Florida to breed and lay their eggs. Florida is one of the most important nesting areas in the United States, and one of the most frequented areas in Florida for turtles to nest is St. Augustine.

We talk so much about St. Augustine’s history that we forget all the wonderful wildlife that it has to offer! Who would’ve thought this old city would be a favorite area for some of the main nesting sea turtles?  During the day St. Augustine beach goers enjoy the water and sun, but at night the sea turtles come to shore to find a place to make their nest and lay their eggs.

Many Florida beaches welcome more than 100,000 female sea turtles! The most common species of turtles that build their nests in Florida are Loggerhead turtles, Green turtles, and Leatherback turtles. Let’s start with the Loggerhead, as its the most commonly seen on our shores. 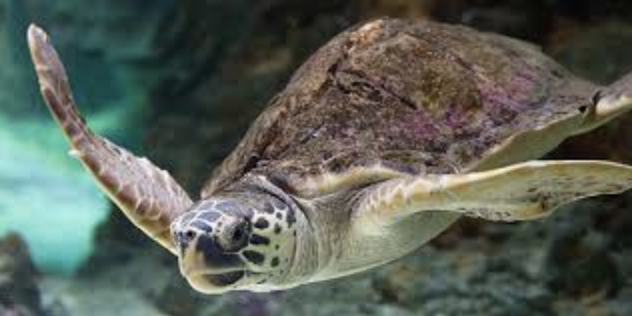 The Loggerhead is the most common turtle found on Florida shores. The loggerhead gets its name from its large, wide head and powerful jaws. It is classified as a threatened species. Its estimated that as many as 68,000 Loggerhead nests are found in Florida each year! 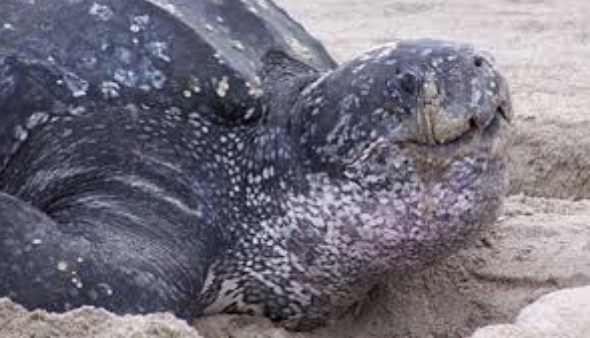 Leatherback females undertake the longest breeding migration of any other turtle species.

Fun fact: this turtle has survived the test of evolution. This turtle is part of the family of dermochelyidae, which has 7 extinct groups of turtles and only one

The Green Sea Turtle is one of the largest sea turtles and the only herbivore among the different species. Green Turtles are in fact named for the greenish color of their cartilage and fat, not their shells.

Sea turtles lay their eggs on the sand at night. They lay their eggs in the sand because it is warm, and acts as an incubator.  It’s not an easy task though. Female turtles come to the shores to make their nesting burrows and cover them up with sand, dirt, and mud. They use lower dunes to nest their eggs. They deposit an average of 100 eggs in each nest and make between 3 to 7 nests during the nesting season. From there the incubation time varies, but the average time is around two months before hatching occurs. After laying their eggs, the female turtle’s job is done and they go back to sea. So, baby turtles will have to fight to survive on their own.

Baby turtles, called hatchlings, will hatch between 40 to 70 days of being laid.  When they are still in the shell, a group of hatchlings is called clutch. Watching hatchlings struggle out of their nest and make it into the water is a dramatic and emotional experience. Hatchlings will wait until the sand cools at night before going into the water to float in beds of seaweeds for several years.  This is not an easy task, as they face many obstacles to get there. The challenges begin as soon as they leave their nests. From crabs, driftwood, to tourists, the odds are against them. This gauntlet is important for their survival, interestingly enough. It is estimated that only 1 in 1,000 hatchlings will survive to adulthood. The odds are 1000:1 against a baby sea turtle living long enough to reproduce!

To help baby turtles beat the odds there are some things that you can do:

What Do You Do If You See A Sea Turtle Nest?

Follow the rules. If you decide on a solo turtle-viewing, PLEASE keep these official do’s and don’ts in mind:

All Florida’s sea turtles, nests and hatchlings are threatened or endangered species protected under Federal and state law. Do not disturb them. If you find an injured or dead turtle, call Florida Fish and Wildlife at 888-404-3922 or just dial *FWC and provide the animal’s location, closest access point and approximate size. If you see spray paint, it’s a documented turtle.

To be on the safe side, you should consider joining the many places having events that show you the right and safest way to enjoy watching this wonderful act of nature without fear of harming the turtles or hatchlings.

This talk will include all the fascinating facts about sea turtles — how to identify them, how they nest and hatch, and how we can help them survive the many dangers they encounter on our beaches. This free program is family friendly and will take place at the Sea Turtle Pavilion near the Island Beach Grill. For more information, call (904) 461-2033 or visit here.
Admission: The Sea Turtle Talk is free with regular park admission: $8 per vehicle with up to 8 people, $4 per vehicle with one occupant, and $2 for pedestrians/bicyclists.

Come be a part of this wonderful turtle experience. Enjoy the sites and be a part of the effort to preserve some of our most beautiful and oldest sea friends.

Want to join the discussion?
Feel free to contribute!

Easy Season in St. Augustine is Music to Our Ears
Scroll to top

This site uses cookies. By continuing to browse the site, you are agreeing to our use of cookies.

We may request cookies to be set on your device. We use cookies to let us know when you visit our websites, how you interact with us, to enrich your user experience, and to customize your relationship with our website.

Click on the different category headings to find out more. You can also change some of your preferences. Note that blocking some types of cookies may impact your experience on our websites and the services we are able to offer.

These cookies are strictly necessary to provide you with services available through our website and to use some of its features.

Because these cookies are strictly necessary to deliver the website, you cannot refuse them without impacting how our site functions. You can block or delete them by changing your browser settings and force blocking all cookies on this website.

We also use different external services like Google Webfonts, Google Maps and external Video providers. Since these providers may collect personal data like your IP address we allow you to block them here. Please be aware that this might heavily reduce the functionality and appearance of our site. Changes will take effect once you reload the page.